I'm still playing catchup with all the cows I had planned for this month, so this update added 2 more, bringing the total of cowlidays for October to 5, which is a new record!

The Picasso cow was suggested to me by a user earlier this year, and since this year celebrates its 140th birthday I had to do it.

The Halloween cow is a revisit of last year's cow. I'm not sure which one I like better. It comes with a week-long Halloween theme to set the tone.

I also added a simple feature: show the upcoming cowlidays in the History view. This is something I've been meaning to do for a long time, and several users asked about it, but until now, I wasn't sure how to do it.

When Sara & Igor messaged me about it as I was working on the new cows, I realized that I had already everything I needed to add this. The key element being these new teaser bubbles I introduced in 4.0.

I love this feature so much, and I believe it's going to help motivate people to think about plant-based meals in advance and maybe lodge one or two more.

Maybe the next step should be to add these dates to your actual calendar. What do you think?

This update also fixes a very annoying bug that would happen for existing users upgrading their app. Some would, for some unknown reason, end up in a no man's land that would make the app crash at launch. It was hard to track but I got help from a friend (👋 Hugo and thanks again) who provided me all the data I needed to put an end to this.

Finally, I replaced all the Fonts to use the San Francisco fonts, Apple's system font. It's really close to the one I used previously, but it's better suited for accessibility and localization. And since it's the same font used across your device, it helps No Meat Today feel like it belongs. 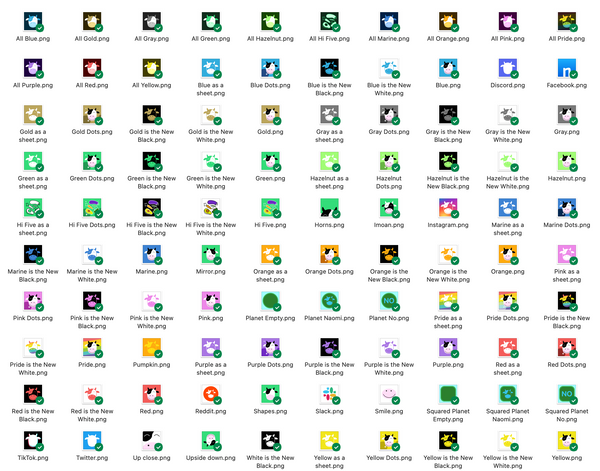 🐄 Cow care🍩 Donut daySushi 2021 had lost her energy! It's back, she's doing fine.✨ NewWell, these *Release notes*On a Cowliday, the corresponding energy can be seen near the No planetDaily News: long press the notification to reveal a headcount and the last cow that arrived or left.Link to